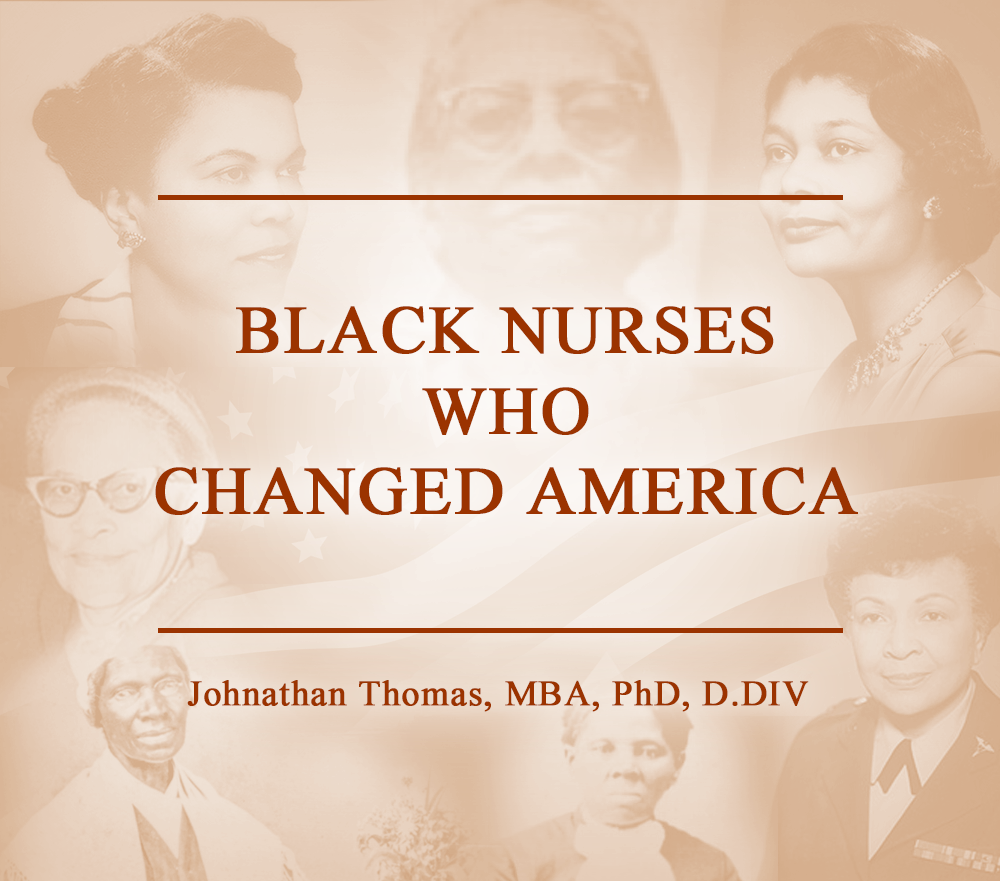 30% of all healthcare workers are black or identify as a racial minority. Black nurses have a huge impact on the health and happiness of our loved ones. Devoted Healthcare, INC celebrates Black History Month and the impact black people have had in healthcare. Please join us in recognizing black nurses who have made a major impact on nursing in America.

Ms. Osbourne was the first black woman to earn a master’s degree in nursing. She understood the value of education and fought to open opportunities to black nurses across the country. She was a consultant for the National Nursing Council for War Services and a major force in removing the color ban from the US Army and Navy. She became the first black member of New York University’s teaching faculty. She was well-known for championing black nurses’ rights during her career.

Ms. Scales became the first black public health nurse in 1900. She trained in Chicago then became a district nurse for the Charity Organization Society in New York. She was initially hired to help deal with the tuberculosis outbreak in the city’s black community. Her work quickly encompassed everything from childbirth, chickenpox, heart disease, and cancer.

Ms. Harvey was a champion for health education. She served as the Dean of Tuskegee University School of Nursing in 1948 for almost three decades. Harvey was critical in establishing Alabama’s first degree in nursing. She fought through the harsh segregation rules of the 1940s to ensure everyone deserved professional recognition. She stressed the importance of education and working within local communities.

Born in Barbados, Ms. Staupers became a U.S. citizen in 1917 and studied nursing at Freedmen’s Hospital School of Nursing in Washington, D.C. Like Ms. Scales, her career included battling tuberculosis in black communities. She was critical to the establishment of the tuberculosis clinic at Booker T. Washington Sanatorium. During World War II, she led the campaign to integrate black nurses in the Army Nurse Corps. She met with Elanor Roosevelt and stressed the error of the President’s plan to draft white nurses while black nurses were unemployed or only allowed to treat POWs and black soldiers. That policy ended in 1945.

Ms. Tubman served as a nurse during the American Civil War. She used her knowledge of herbal medicine to treat wounded soldiers in South Carolina. Using traditional medicine, she cured many soldiers of dysentery and smallpox. Her immunity to smallpox gave her legendary status among her coworkers and patients. Congress granted her a pension due to her invaluable work. Ms. Tubman is most well-known for having risked her own life countless times to help free 300 slaves.

Ms. Brown graduated from Harlem School of Nursing in 1950. Shortly after, she joined the Army and was deployed in Japan and Korea. She was a pioneer in the training of surgical nurses. Her expertise was rewarded with several promotions in the Army. She was the first black woman to be promoted to brigadier general, the first to head the 7,000-strong Army Nurse Corps, and was named Army Nurse of the Year twice.

Sojourner Truth was born as Isabella Baumfree in New York. She was born into slavery and became a nurse serving the Dumont family. She fled slavery with her daughter in 1826. She worked with the National Freedman’s Relief Association to improve healthcare outcomes through cleanliness. She’s most notable for her eloquent speeches urging Congress to finance training programs for nurses before formal nurse training existed. Her impact on nursing is immeasurable. Later, she became famous as an abolitionist and women’s rights activist.

Devoted Healthcare would like to thank all the black leaders who paved the way with compassion, patience, grace and elegance. Without your contribution to healthcare we would not be where we are now.

Coping with Grief During Coronavirus

Missing Mom: How Mother’s Day can help us to find happiness